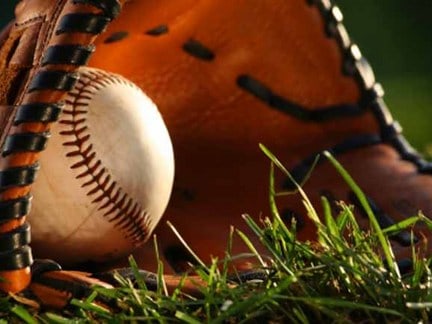 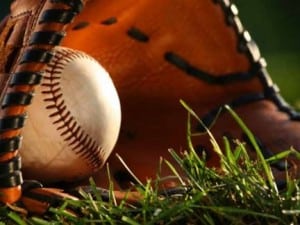 I’m a baseball fan. Not an “answer-all-my-emails-during-the-game” kind of fan. Not a bandwagoner, when any California team is in the post season. I’m a real fan. I send out my Season’s Greetings in the first week of April.

This week I was moved by an interview I heard on NPR with R.A. Dickey, major league baseball’s only current knuckleball pitcher. R.A. Dickey’s story is about what happens when all your dreams come true, and then, in a moment, they vanish.  He was the next best thing, drafted in the first round by the Texas Rangers and about to be signed for $810,000. Then a doctor on the Texas payroll saw a picture of Dickey on the cover of Baseball America, standing side-by-side with a group of other top pitching prospects. He noticed that R.A. Dickey’s arm looked just a little off compared to the others. So, the Rangers tested Dickey extensively and found he was missing a key stabilizing ligament in his elbow.  Just like that, the hottest new prospect, wasn’t. His bonus went down to $75,000, and he went down to the minors, for years, never quite good enough for the big leagues.

From this point of no where else to go, R.A. Dickey began to learn the rare and complicated knuckleball pitch. I have only seen one other knuckleball pitcher in 25 years; that’s how rare they are. A knuckleball pitch is easier on an unstable elbow, and when done masterfully, can be nearly impossible to hit. It is a high commodity, and a very creative coping strategy.

Even still, R.A. Dickey wasn’t doing great in the minor leagues. Nice family, good friends, high Earned Run Average. Six point something, which is bad. Pitchers are not supposed to earn runs for their opposing teams.

Then, in 2007, he had another game-changer. On a team road trip, on a whim, because he’d always wanted to, he decided to swim across the Missouri River.  His teammates came down to watch him do it.  He got halfway across, looked up, and realized that the current had taken him way down river, far from his teammates, who looked like ants by then. He was out of control and exhausted. He tried to turn back, but his body soon gave out, and he began to sink, and to pray. In his new book, Wherever I Wind Up, R.A. Dickey describes “weeping under water.”

He was just about to give up, open his mouth, and breathe in the river when he hit bottom.  Literally.  His feet touched, and he used the bottom to push himself back up to the surface and get air.  Amazed, he did this again and again, and in this way, propelled himself all the way to the riverbank, where one teammate, who had followed him all the way down, was waiting with a hand.

He says that when he got out of the river, he became consumed with wanting to live in the present well. He began to pitch differently, concentrating on each pitch singularly, and letting all thoughts of the last pitch leave his mind. He decided he wanted to live his whole life this way. He started to see a counselor, and began to make sense of the hard parts of his past, so he could live fully in the present. Living in this new way, his ERA dropped to two something, which is good, and he became the Pacific Coast League’s Pitcher of the Year.  Now, at 37, pitching for the Mets, this gamer seems healthier than ever.

So, in this moment now, let’s salute human resiliency, the creative coping strategy, the drowning, weeping person with one more push left,  the game-changing life experiences we never see coming, the one friend waiting on the riverbank, and the inspirational choice to take life one pitch at a time.

I’m so sick of my big red pen

Not your Mother’s kind of Mothering?