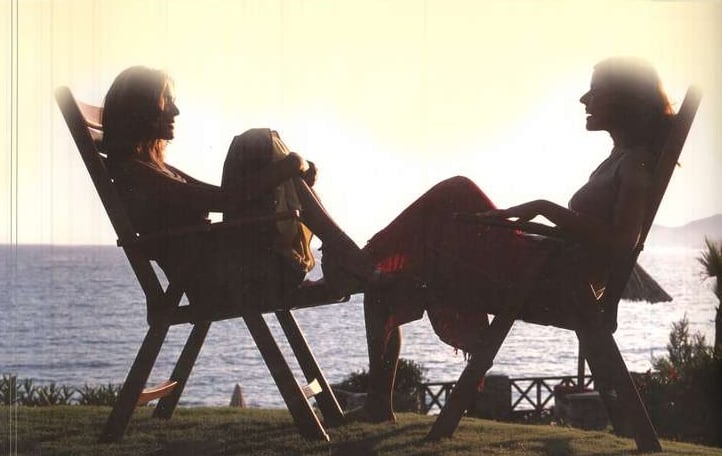 Most problems have a foreseeable solution to work toward. If you have a phobia of heights, there’s a good chance therapy can reduce, or even reverse it. If you lose a job, it can be devastating, but you can set about the task of finding a new one. Death isn’t like that. When someone dies, it is permanent.

If you are on the outside looking in on someone who has experienced a death, especially if you haven’t lost anyone emotionally close to you, you may think the best thing is to help them get back to normal, help them find their old way of living. Even with the most compassionate of intentions, still, one cannot fix death. It is irreversible and it changes things.

I have heard people describe losing someone emotionally close to them as if they had walked through a door, and on the other side, there was a completely new world to navigate. You cannot go back through, and everything seems different. Things look, feel, smell, and sound differently. Nothing is in the right place. So, it isn’t so much about getting over and on with it, as it is learning to live in new kind of world, in a new and different way.

For years the mental health community stood by the idea begun by Elizabeth Kübler-Ross, author of On Death and Dying, that there were linear stages to grief, and that if we were diligent with our “Grief Work” then we would complete the stages and be healed. A worthy goal.

But Kübler-Ross was originally talking about the stages people go through when they themselves are dying, and she never really said they were linear. She was a pioneer in the hospice movement. But, the stretch to apply these stages to bereavement was largely due to readership demand. There were no real studies that showed linear stages for bereavement.  Some studies done to document them, have come up nil (1). The concept of grief stages has evolved. It is useful when used as a tool for understanding some possible responses to loss, but not as a prescribed path, even according to David Kessler, who co-authored  On Grief and Grieving, Kübler-Ross’ second book (2). Alan Wolfelt, who advocates the idea of “companioning” a person through their loss, rather than “working through” grief stages, has said that Kübler-Ross regretted, and recanted, using the word “stages,” before she herself died in 2004.

I can see why. It isn’t as easy as five stages, and it’s a lot of pressure on the bereaved. They wonder why they still get sad; they blame themselves for being slow to finish the steps. Since people are unique, and each relationship is different, we all grieve in our own way (3), and, unfortunately, there is no predictable timeline.  More commonly, people have good days and bad days.  Anniversaries, certain places, seasons, finding little things around the house unexpectedly, can all reawaken sad or angry feelings, even years later.  And then some days are so beautiful, you remember all the good things you experienced, you feel so blessed to have known the person, and you feel compelled to live your life fully, as a tribute. Both of these kinds of days can hit you at any time. Over time, there are more of the good days.

Below is my personal list of things that aren’t helpful when someone is grieving.

When you want to be helpful to someone who is grieving, remember, a little can mean a lot. Compassion and companionship count. Below is David Kessler’s list of helpful thing to say.

Bringing Your Whole Self to the Mat

“My Family is Nuts!”